iOS 14 is the latest version of Apple’s operating system. It powers the world’s favourite device: the iPhone. iOS simply stands for “iPhone operating system”, and version 14, the newest iOS, was released on September 16, 2020.

The most obvious changes in this iOS update can be found in the Home Screen (more on that later), but there are also some entirely new features. Some of these additions include Apple’s new translation App, the ability to swap default Apps, and (finally!) support for widgets. There have been an impressive number of tweaks and changes under the hood as well, including some that even the most die-hard of Apple fans may not be aware of. Read on to find out more…

By now, we all know and love Apple’s approach to displaying Apps. But to tell the truth, even we have to admit that the grid-layout has become rather stale. Rows and rows of uniform, uninspired icons have been the norm since the very first iteration of iOS way back in 2007. iOS4 introduced a bit of customization with folders, but that was 10 versions ago!

If you decide to utilize all of iOS 14’s new features, your Home Screen will be unrecognizable.

If you have used android phones at all you will likely have come across the “App Drawer”. This is a place where all of the Apps installed on the phone are listed in alphabetical order, which makes finding what you need pretty easy. With iOS 14, Apple has taken inspiration from its younger brother and introduced its own App Library.

Previously, holding your finger on an App’s icon would only allow you to either hide it in a folder or remove it from your device entirely. With iOS 14, you now have the option of moving your Apps into the App Library. A definite win. The App Library helps you cut down clutter by removing less-used Apps from your Home Screen. But this isn’t the only way to clean up your interface.

If you are like us, you probably have tens or even hundreds of Apps that get varying amounts of use. Searching through all of these to find the one you need can be a pain. Luckily, Apple have you covered.

As well as the App Drawer, another great feature of iOS 14 is that you can now hide entire pages from your home screen! Simply hold a long press and boom, you can untick the home screens you don’t use to hide them from view. This cleaner look ties in with Apple’s stripped-back aesthetic. It feels like a big step forward, especially for a company that has traditionally shied away from too much customization.

Apps aren’t the only part of iOS 14 that have been given a minimalist makeover. Incoming phone calls, FaceTime calls, and Siri all have a much more compact form factor in the newest iOS update. This means that you can keep using your iPhone to browse the web, check emails, and even watch videos whilst taking a call.

After you’ve stripped down your Home Screen to the really useful Apps, the only question becomes what to do with all of the digital real-estate you’re left with? Don’t worry, Apple has your back there too…

For many years, Apple users who craved widgets could do little more than look on enviously at the Android fans. Thankfully, this state of widget-envy is no longer necessary! iOS 14 has, finally, added support for widgets.

Put simply, a widget is an App that runs within the Home Screen, so you can access its functionality without having to first open it. At present, the majority of widgets you can get on iOS 14 are native Apple Apps such as Files, Maps, Music, etc. However, some third-party Apps have widget functionality, and you can expect to see many more added over the coming weeks and months as developers catch up.

With iOS 14 you can move your widgets however you see fit (including resizing them). If you prefer a more hands-off approach, Apple has an incredibly smart and convenient feature up its sleeve: Smart Stack.

Smart Stack is a new feature that employs intelligent learning algorithms to streamline your widget experience. With Smart Stack, you can store a bunch of widgets in the same screen space. iOS 14 uses a combination of data points to deliver the right widget to the top of your stack based on location, time of day, and activity.

Through some impressive technological wizardry, iOS 14 allows you to use certain features of specific Apps without downloading the entire application.

With App Clips, you can perform tasks such as renting an e-bike, buying something from a cafe, or reserving a spot at your favorite eatery in seconds. Simply scan a QR code, NFC tag, or use a proprietary App Clip Code and you are away! With App Clips, you can access the functionality of many Apps in an instant.

An Update to Messages

An excellent feature that you may not have even realized you wanted has been included in iOS 14’s version of Messages. For the first time, Apple users have the ability to pin conversations so that they stay at the top of the App. If you’re used to losing track of conversations in the depths of your busy inbox, pinning a message is as simple as a rightwards swipe on any chat.

As well as pinning, Messages now has an inline reply and a mentions feature, much like you might find in Whatsapp and other messaging services. These two features combined should make it that bit easier for you to stay on top of active group conversations.

In a move that will delight not only fitness junkies, but anyone who cares about their health, Apple’s Health App now comes with a sleep tracker! As well as this, the new Health Checklist offers a collated location for all your health and safety tools, such as Fall Detection, Emergency SOS, and even new Apps such as one that gives you insights into how audio levels can affect your hearing health.

Douglas Adams’ famous work of comedic science fiction, The Hitchhiker’s Guide to the Galaxy, introduced the world to the concept of the Babelfish. In Adam’s universe, communication between races is overcome not through technological means, but rather by inserting a tiny aquatic creature called a Babelfish into your ear canal.

Once inserted, the Babel fish then does the hard work of translating every alien tongue imaginable into the language of the creature whose ear it resides in.

iOS 14 brings with it Apple’s new Translate App, and whilst it might not be able to translate inter-galactic communications (yet…), it is truly something to behold. Plus, it has the edge over the Babelfish in that it works without you needing to put an actual fish inside your head.

Apple’s Translate can process and convert to and from 11 different languages in near real-time. So what differentiates it from other translation services out there? Well, once Siri has recognized the two languages being spoken, it can translate between them on the fly, without the need for any further input. And the best part? It can even work offline, as long as you’ve downloaded your chosen language in advance!

Other Tips and Tricks for iOS 14

iOS 14 comes jam-packed with new tools and features. Some of them are not as easy to find as others, so here are some tips and tricks to help you get the most out of the new iOS.

PiP (picture-in-picture) mode allows you to watch a video while you are doing other tasks on your iPhone. PiP is enabled by default, and right now it works with Apple’s home Apps, such as Safari, Facetime, iTunes etc.

If you have a video playing and either swipe up or (on older devices) hit the home button, PiP mode will be enabled.

The YouTube App doesn’t support PiP, but you can still watch YouTube videos with PiP using a neat little hack. Although YouTube doesn’t technically support PiP, Safari does, so simply navigate to your video of choice on YouTube using Safari, view in full-screen mode and tap the PiP button at the top of the screen. You’re welcome!

Apple has finally added support for Google’s VP9 codec, which means you can now enjoy your favorite videos on YouTube in glorious 4K. Simply choose the 2160p option from the Quality menu while watching.

Few things are more infuriating than being woken up by a notification on your phone that really, really could have waited until the morning. If you have a predictable sleeping schedule, simply input the details of your sleeping hours into the Health App. It’ll automatically switch to Do Not Disturb mode during that time.

A companion to Sleep Mode and Sleep Schedule, Wind Down activates Sleep Mode at a set time before you retire to bed. Wind Down not only reduces distractions, it also adds Apps and shortcuts to the lock screen that can help you relax.

iOS 14 brings with it not only some highly sought-after functions, such as PiP video, a sleep tracker, and (finally!) widgets, but also a large number of less obvious tweaks and improvements.

One of the best things about iOS 14 is that you won’t necessarily have to fork over cash for the latest model of iPhone to enjoy its improvements. Devices as old as the iPhone 6s (released in 2015) are supported by this new iOS release, so the majority of Apple users will be able to enjoy many of iOS 14’s upgrades.

What are your favorite aspects of Apple’s latest operating system? Let us know in the comments below.

With all of the exciting features in the newest iOS update, you may find it hard to pull yourself away from your iPhone. All that use is going to eat up your battery life! So, if you want to be sure you’re never caught short, UGREEN’s USB–C Charging Kit can get your iPhone to 50% charge in less than half an hour! Even better, its intelligent charging chip means that the current will match your iPhone’s needs automatically, ensuring safer charging that won’t harm your device. If you haven’t made the jump to USB-C yet, now’s the time!

iOS 14: Tips, Tricks, and Everything You Should Know 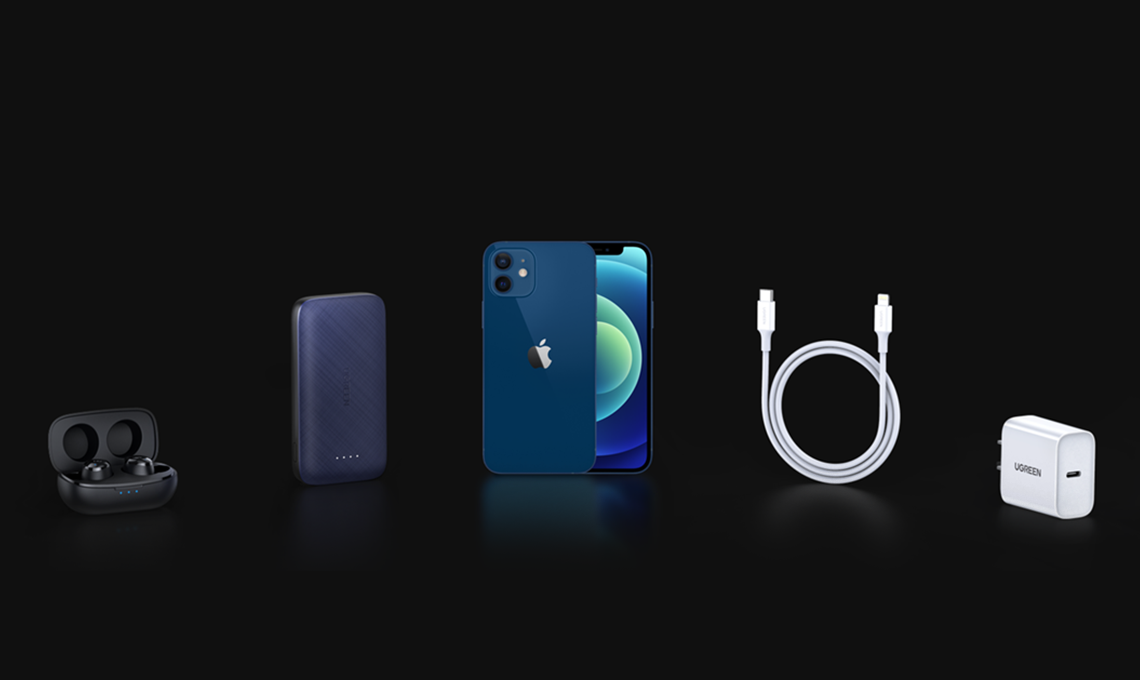 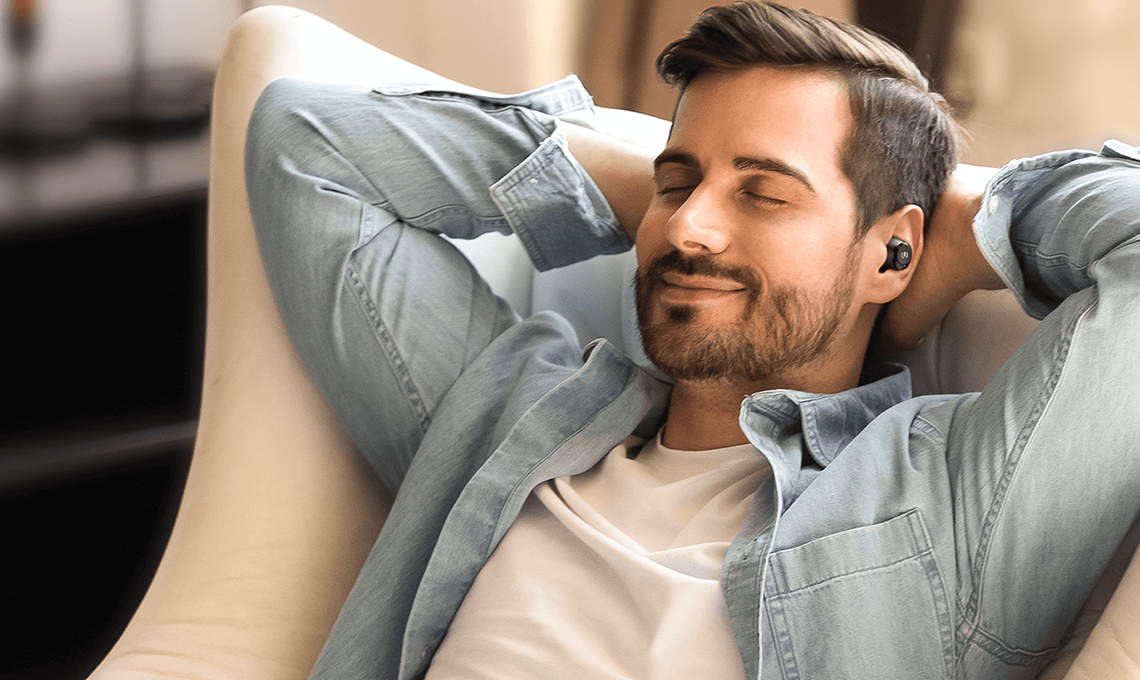 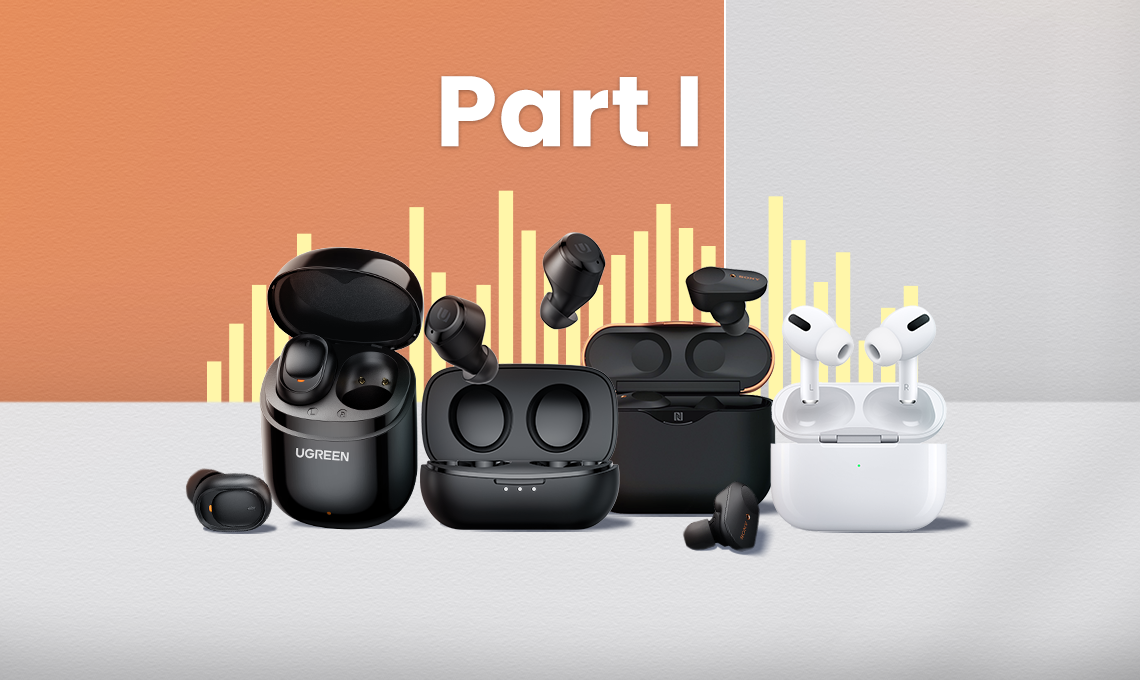 Tips & Guides
Become a True Wireless Stereo Professional Part I
The True Wireless Stereo (TWS) headphone market is booming. Every month we’re seeing a new product launch, and the technology is one of the most rapidly evolving in the field of consumer acoustics. But what is driving all this action? Are TWS Earbuds really that much better than traditional, wired d.... 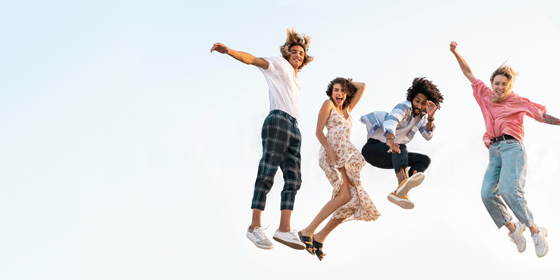